Why choose Australia for university and vocational studies

Australia can be a very desirable place for overseas students to take up tertiary studies. The best Australian universities rank close to the top of the Times Education Supplement rankings of world universities (see Times Higher Education for 2009).

As everywhere, regional universities in Australia vary in quality but the better ones are excellent and their degrees command the greatest respect. Western Australia is in the top 100. Adelaide and Macquarie are within the top 200; Adelaide outranks Georgetown, McMaster, Queen’s, Durham, Texas A&M and Aberdeen. (See Times Higher Education for 2008). We can of course informally advise as to desirability of degrees from assorted Australian universities.

Norway, indeed, finds it expedient and cost effective to provide funding for its tertiary students to take up study in Australia at regional universities rather than creating additional spaces at its own universities.

Australian tertiary qualifications, whether professional or trade, can provide a grounding for successful applications for permanent resident status. If it is your intention to study in Australia with this in mind, you should consult closely with us. Not all such qualifications do provide such a grounding, and the requirements change extremely frequently.

But if emigration to Australia is on your mind, it is a great advantage to obtain an Australian qualification, and the economic opportunities in Australia are limitless, especially for those with typical Indian initiative, energy and talent.

On the other hand, UK qualifications (for example) don’t qualify foreign students for immigration there.

At the same time, Australian tertiary qualifications from the right institutions are held in the highest regard internationally. Many Indians have studied in Australia solely for the purpose of obtaining great advantage in their career advancement in India. 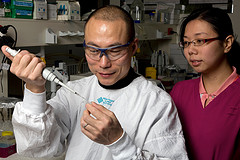 You will find considerable differences in the approach taken at Australian universities from what you are accustomed to in India. Silent note-taking is everywhere understood to be the least effective way of learning, but active learning requires resources that are not available everywhere. Australian students, though, cannot sit through lectures and then study up for exams at end of term.

They are expected to enter into a give and take of thought and discussion throughout their coursework. Frequent exams are only a small part of the assessment. The focus is on research projects, hands-on laboratory and tutorial work and class discussion.

This is the case in all disciplines, from IT, engineering and medicine through business and the humanities. Such methods require a high teacher-student ratio, ready access to excellent laboratories and libraries and other elements which many Indian universities simply cannot provide.

Australian universities are populated both by faculty and students from every corner of the world who bring to the tasks of teaching, learning and researching is a significant advantage.

Indians are notably gifted in oral communication skills and invariably thrive in this environment, taking away from their student experience a considerably greater breadth of knowledge than they might acquire studying at home.

Student visas permit foreign students to work up to 20 hours per week during term time and full time during semester breaks. Many students find that their academic course load is not unduly burdensome and they are easily able to work part time and defray in whole or in part their living expenses.

Australia is safe for foreign students and immigrants

The United States-based blog for Indo-Americans, “Sepia Mutiny” has frequently carried alarming accounts of unprovoked attacks on Indian students. Recently there has been some bad press for Australia in the Indian news media about similar-seeming events. Is the situation comparable? Should prospective Indian students (and their parents), investors and independent skilled migrants feel any alarm? Absolutely not.

Australia is a much different culture and society: western, yes; American, no. There are no guns: There is no history in Australia of any ethnic community being rigorously oppressed and suppressed, apart from the unfortunate aboriginal Australians, whose lot is assuredly tragic but who do not resort to violence.

The rate of, crime in Australia, including violent crime, is extremely low: it is comparable with the rates in Canada, the UK and New Zealand, where guns are also strictly controlled. It compares extremely favorably with the USA, where there are both a relatively uncontrolled gun culture and discrete populations of disaffected people.

Australian cities are extremely safe and the Australian police extremely vigilant; in even in regional towns. International students who are serious about their studies won’t venture into pubs in the wrong part of town on the wrong night of the week or drink more than is wise.

There are strict anti-discrimination laws and those who engage in speech or action which is hostile to others on the grounds of race, religion, gender or political views are harshly penalized. Employment is equal-opportunity.

Visitors to Australia from India invariably exclaim over the cleanliness, orderly and safety of Australian streets, suburbs, towns and cities and the friendliness of the local people.

Your browser may not support display of this image.

Study in Australia is secure

On rare occasion private training schools go out of business – or are de-accredited – and students find that their school is no longer in existence. Is this an issue to consider when deliberating over enrolling in Australian trade schools? No. The State governments guarantee that no foreign student is left high and dry if such circumstances arise.

Funds that have been paid in tuition, insurance and other costs are assigned to alternate colleges and students transfer and continue their program of study without interruption.

In any case, this is a rare event and State government departments of education keep a close eye on private colleges to ensure quality of service.

Public universities and trade schools (called “TAFEs” in several states: institutes of “tertiary and further education”) are of course completely reliable and you are assured about your qualification.

Australia’s estimated population is currently over 22,662,190. Projected growth rates according to the Australian Bureau of Statistics show:

All states and territories experienced positive population growth for the year ended 31 December 2010. Western Australia recorded the fastest growth (2.1%) and Tasmania and the Northern Territory the slowest (both 0.8%).